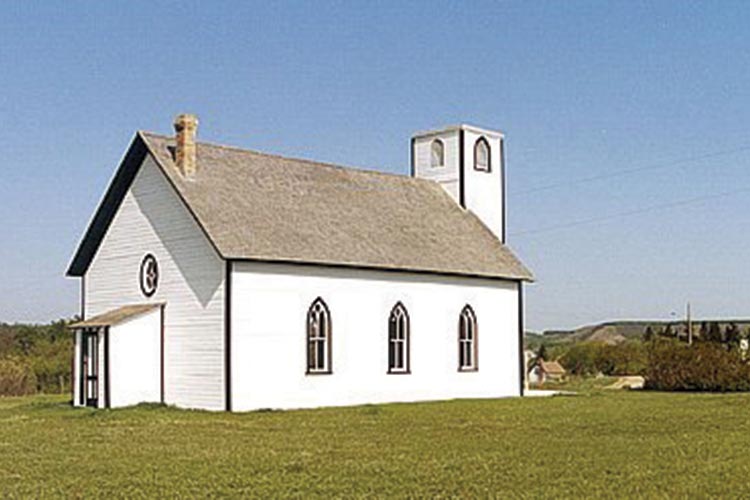 The Shellmouth Presbyterian Church was officially opened on June 25, 1905, about a year after the decision was made to construct i. Before that, as was common throughout pioneer areas of Manitoba, people of various faiths gathered together in homes and for several years in the local school to worship. This church, constructed by volunteers under the supervision of carpenters Neil and Rory McFadyen and A. Callin, is a typical country church, with its Gothic Revival roots evident in the pointed windows.

Location: On PR549 at Shellmouth