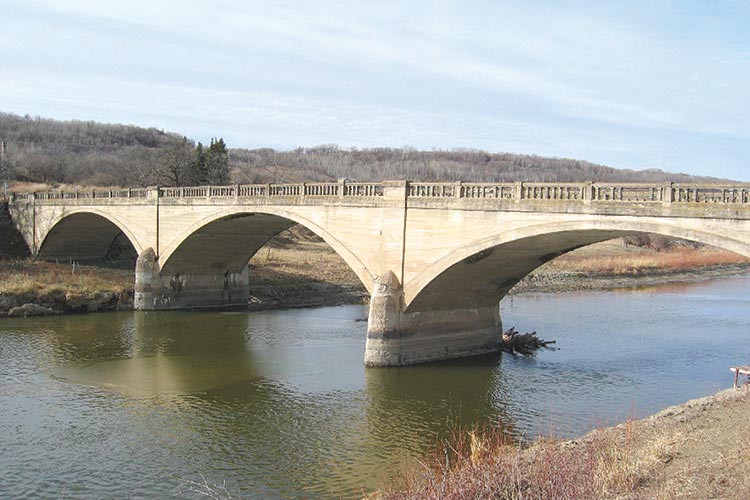 Millwood was founded with the arrival of the railroad in 1885-86.  It was surveyed for two hundred lots and was planned as a divisional point for the railway.  At this time, there was a store, two hotels, a meat market and a livery barn.  However, the railroad changed its plans and the divisional point was established further west at Russell.  The community of Millwood, once having a population of 80, no longer exists, although the original Millwood School and the Millwood Bridge still remain.  This concrete bridge was built in 1920 and spans the Assiniboine River.