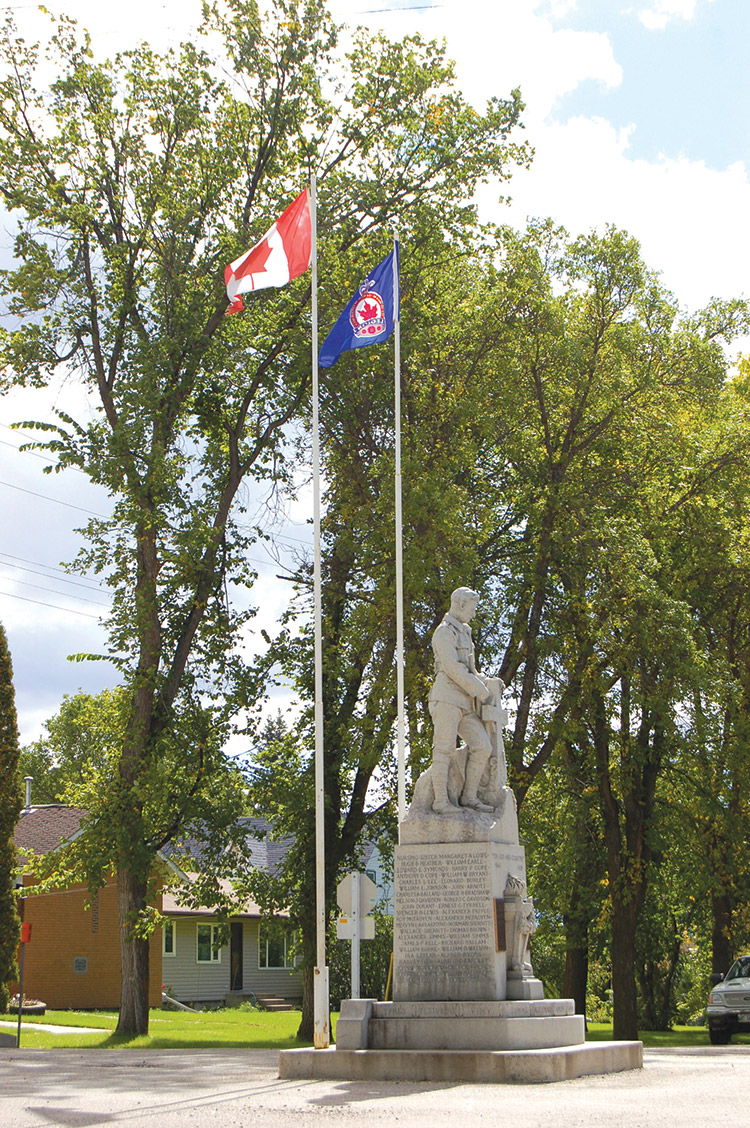 The Cenotaph was unveiled on June 22, 1922, in the presence of approximately 2,000 people from the surrounding district.  The monument was erected in memory of those from the Town of Russell, Village of Binscarth and the Rural Municipalities of Boulton, Russell, Silver Creek and Shellmouth who laid down their lives in the Great War (1914 – 1918).

Additional plaques donated by the Ladies Auxiliary to the Royal Canadian Legion Branch #159 commemorating the Second World War fallen were placed and dedicated on November 11, 1980. It is believed that this is the only statue of John McRae, who wrote In Flanders Field.  Research to confirm this fact is presently being conducted.

Location: At the intersection of Memorial Avenue and Assiniboine Street