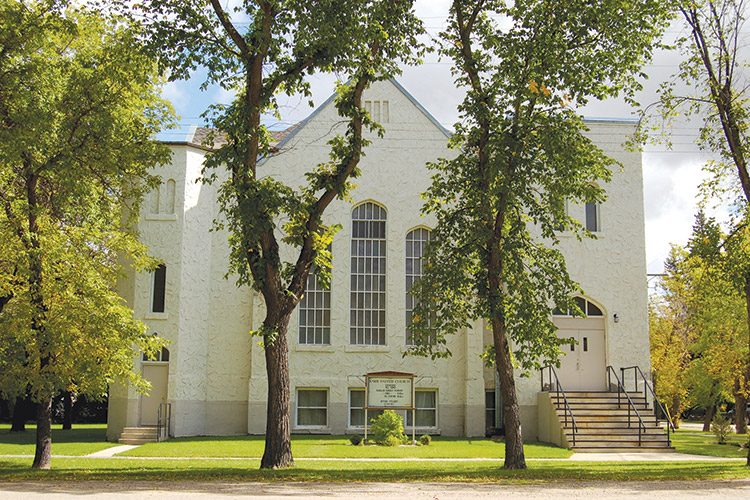 Knox United Church was built in 1911 as a Presbyterian Church at a cost of $10,000, with $8,000 borrowed at an interest rate of 5½%.  In the 1920s the Presbyterian and Methodist Churches joined to become the United Church of Canada. The church building is made of brick, but due to grouting problems, a plaster cover was applied to the exterior in the 1950s. Nevertheless, the exterior is still a good example of the kind of Gothic Revival elements and details that defined so many Protestant churches in Manitoba in the later 19th and early 20th centuries.