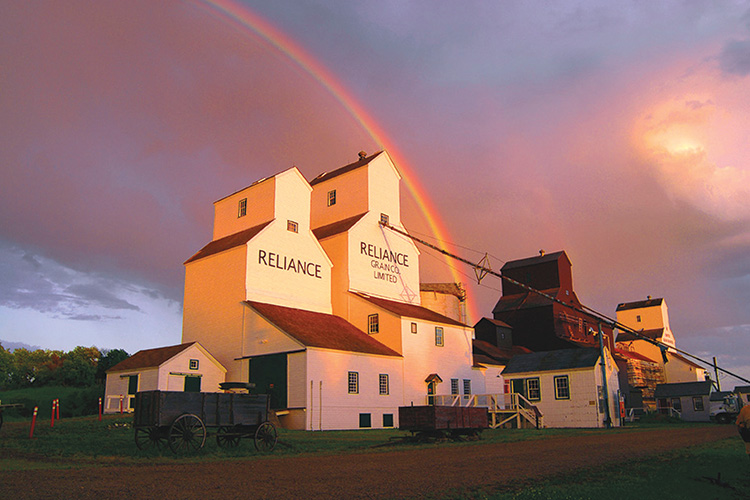 The Inglis Grain Elevators National Historic Site was officially recognized in 1996 as a unique and enduring architectural symbol, representing one of the most important periods in the development of Canada’s grain industry from 1900 to 1930.

Thousands of these wooden grain elevators dotted the Prairies at the height of the agricultural boom in the early part of the 20th century. Most prairie towns had a row of elevators, a sign of prosperity. They were central to a way of life as hardy prairie wheat helped feed the rest of Canada and the growing cities of Europe, establishing the Prairies as the “breadbasket of the world”.

The site boasts five vintage grain elevators, four of which were built in 1922, the same year as Inglis was founded. The fifth elevator was added in 1941 to create the unusual Reliance double-elevator.  Visitors are welcome to explore the site at their own pace with a self-guided walking tour or to participate in a guided interpretive tour.

In addition to its designation as a National Historic Site, the Inglis Elevators are also recognized as a Provincial Historic Site and a Manitoba Star Attraction.

A nominal tour fee is charged and donations are graciously accepted. Groups are welcome and asked to call ahead to arrange tours. Teacher resources are available for school groups.

Open July to September. Don’t forget your camera! These photogenic giants look great inside and out.