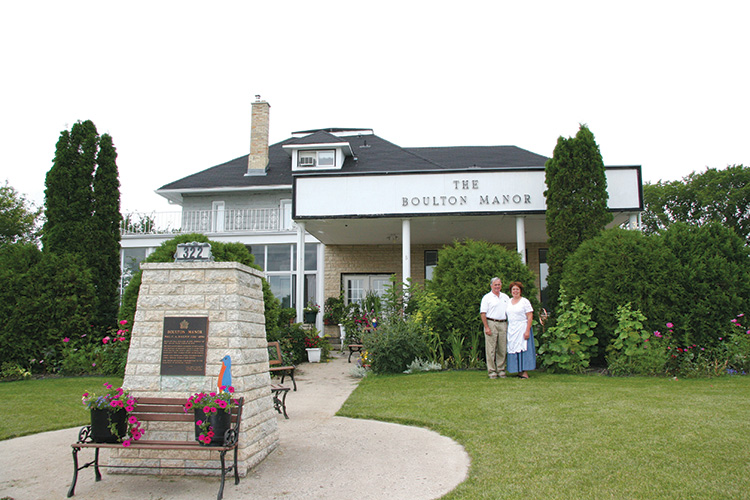 This important Russell house, located at 322 Memorial Avenue, was built in 1894 for Major and Mrs. Charles A. Boulton.

Major Boulton was a soldier, settler and senator and one of the founders of the Town of Russell and Village of Shellmouth. He was a notable character opposed to Louis Riel during the Red River Rebellion of 1869-70 and then also during the Northwest Rebellion of 1885.  Major Boulton was appointed to The Senate of Canada by Sir John A. MacDonald and he spent a great deal of his time out of the area while his wife and children resided here.

In recent times, Boulton Manor has served as a private Christian Academy and as apartments, and most recently as Boulton Manor Bed & Breakfast.  At one time there was a tunnel that connected Boulton Manor and The Red House (see below) but it has been blocked off.  Many of the streets in Russell have been named after members of Major Boulton’s family – Heather, Lawrence, Augusta and Darcy Streets.