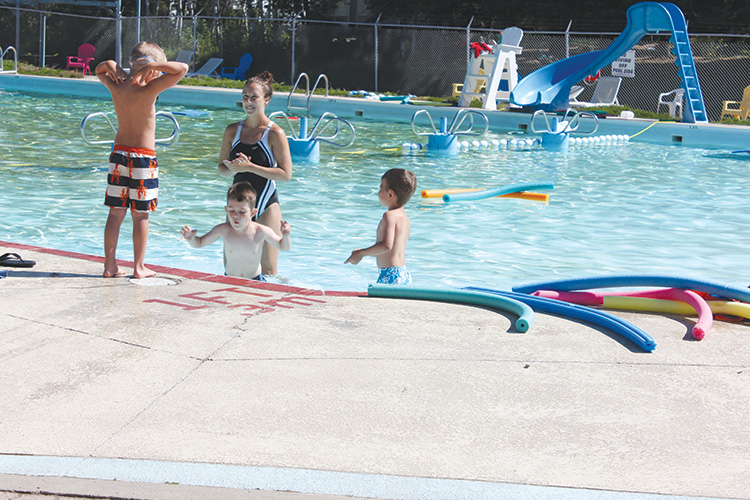 The Binscarth Park & Pool celebrates its 51st year in 2017.  Reno work on a new lining and two new slides will be ready for the new season. The facility is located on PTH16, 2 km (1¼ miles) south of Binscarth and has nine full-service sites and 36 serviced camping sites, as well as many tenting areas. The scenic park has a beach volleyball court, miniature golf course, horseshoe pits, well stocked concession, modern washrooms with showers, playground area, sewage disposal, an adventurous hiking trail along the Silver Creek as well as the largest outdoor heated pool along the Yellowhead Highway.

Local youth are employed here during the summer months. The concession and pool are open from mid-July until the end of August. Swimming lessons are in two-week sets during July. In August there is a day camp in the second week and the Vagabond Drama Camp in the third week which both bring in a large number of campers to enjoy the facility. During the summer months there is an occasional outdoor theatre production and weiner roasts.  The weekly Sunday Suppers are very popular.

The campground, park and washrooms are open from May to October.  This facility has been maintained by a community committee of volunteers for the last 50 years. In 2007, the facility won the Travel Manitoba “Excellent Service Award”.  Open July and August.