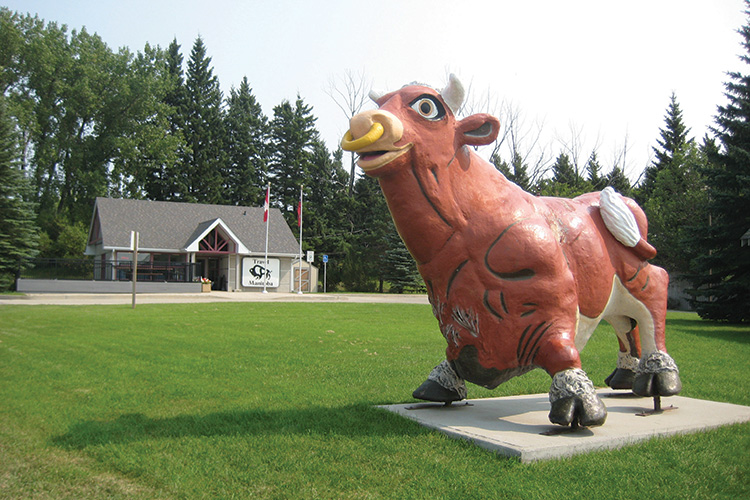 This Town of Russell mascot has watched over the Yellowhead Highway for over 30 years. Arthur is named for Art Kinney, one of the founding members of the  Russell Beef & Barley Festival. Art also served as the mayor of Russell from 1975-1980 and was a founding member of the Russell Chamber of Commerce. The Arthur statue was designed and built by Bill Yakobowski of Inglis.