The Asessippi Parkland region of Manitoba is located in west-central Manitoba. The region is bordered by Saskatchewan to the west and consists of the municipalities of Russell-Binscarth, RM of Riding Mountain West, RM of Roblin and the RM of Rossburn and the communities of Angusville, Binscarth, Inglis, Russell, Shellmouth, Roblin and Rossburn.

Getting Here by Automobile

Maps of the Asessippi Parkland

The first map below shows Asessippi Parkland’s location within the Province of Manitoba. The second map provides a more detailed view of the region. Click the maps to enlarge. 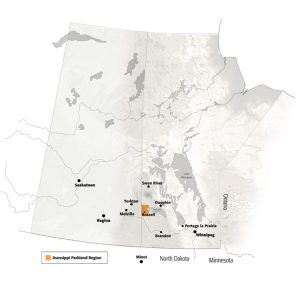 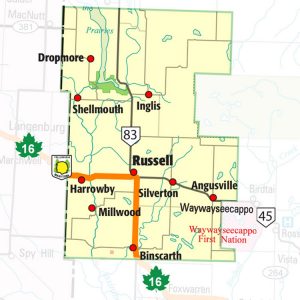 Use the Google Map below to explore the Asessippi Parkland, or to receive driving directions or Streetviews.

Maps of each community, indicating services and points of interest, can be downloaded in PDF format below: